Boscombe Chine is a nature reserve 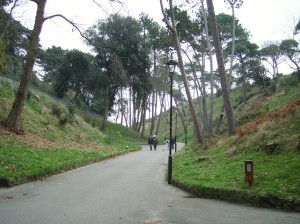 Walking down Boscombe Chine this morning I thought that the valley looked rather bare and strange with grass replacing the sandy soil. Â

Two days before Christmas it was announced that the chine has been awarded nature reserve status.

Following the clearing of non native trees it is claimed that wildlife which will be seen includes insects such as meadow brown, gatekeeper, marbled white, small copper and small skipper butterflies, 5-spot burnet moth and azure and large red damselflies.Â

Meadow and common green grasshoppers, sand and digger wasps and various ants, beetles and spiders are also beginning to inhabit the area in addition to green woodpecker, stonechat and common lizard.Â

Part of the nature reserve is designated as a site of nature conservation interest due to the presence of some nationally rare plant species.

This is the first Christmas for many years that Boscombe Pier has been opened. It is free to walk along to the end and look back at the chine and cliffs.Â 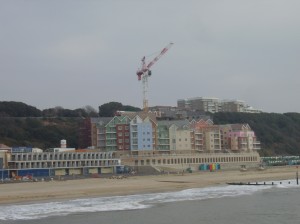 To the east is the huge and controversial Barrett Homes development filling Honeycomb Chine. The high flats block the sea view from the coast path.

Work on the much hailed surf reef has been halted for the winter. Meanwhile costs are rising. One councillor says that it will never be finished.