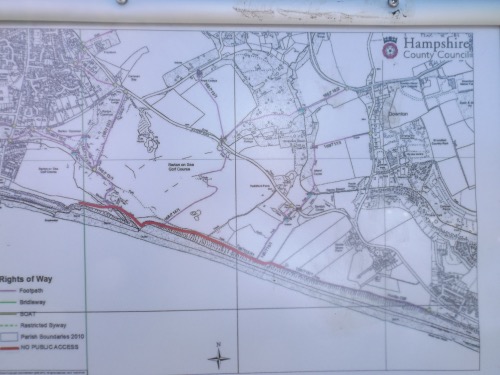 Closed path is marked in red

The Hordle Cliff path has been closed.

The one mile between Barton-on-Sea and Milford-on-Sea has suffered further erosion.

An inspection from the beach suggests that the path has now been undermined east of Taddiford Gap in addition to other places.

Closure notices warning of danger have been posted by Hampshire County Council. The text points out that the right of way has fallen into the sea and the recently used path was a permissive one provided by the landowner.

The intention is reopen the coast path within maybe two years under new legislation which allows for a path to be moved inland. A team is already working on the local proposals.

The closed cliff top is from just west of Beckton Bunny to just east of Taddiford Gap. But the effective line is from the gates by the golf club in Barton-on-Sea (at the end of Marine Â Drive East) to the start of the open landÂ on the edge ofÂ Milford-on-Sea.

The best advice for long distance walkers is to take the X1 bus from Barton-on-Sea cafe to Milford-on-Sea. 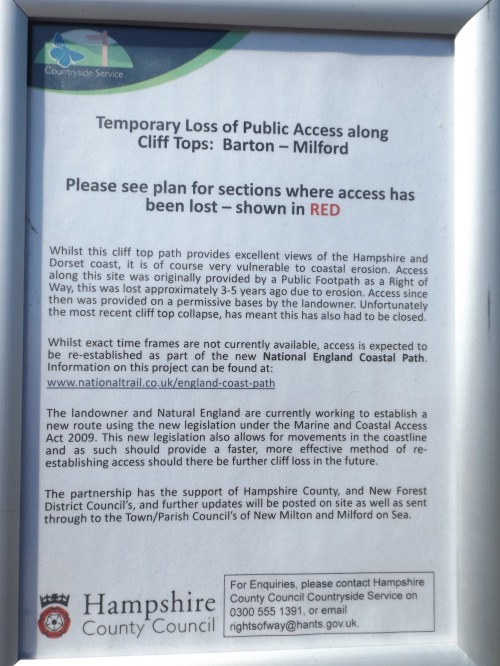 Warning notice on the path 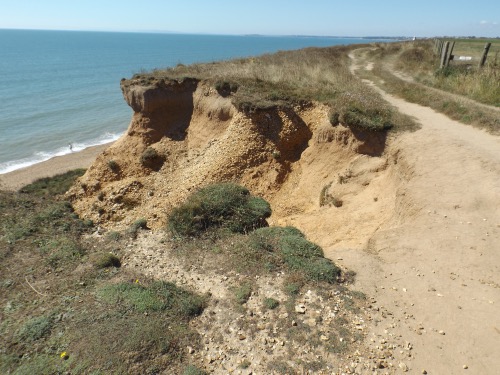 Erosion of the path