Poole Harbour will have a twenty storey block of flats at its entrance if a planning application is successful.

The proposal to replace the Haven Hotel next to Sandbanks Ferry by the tower block is being submitted to Poole Council early next year.

The Haven Hotel, which is nowÂ owned by FJB Hotels, dates from 1887. Twelve years later Guglielmo Marconi transmitted some of the first wireless messages from the building.

FJB Hotels also wishes to redevelop the nearby Sandbanks Hotel just below Poole Head and at the start of the Sandbanks peninsula.

The images published in the Bournemouth Daily Echo suggest that the proposed replacement building would look like London’s City Hall.

The SandbanksÂ HotelÂ at present incorporates the late 19th-century Sand Acres which was the beach house of Edwina Mountbatten’s grandfather Sir Ernest Cassel.

BuildingÂ was slow in Victorian times due toÂ a fear that the sea might break through the sandbank.Â This year’sÂ flooding in Shore Road is a reminderÂ of the rising sea level which couldÂ leave Sandbanks under water sometime in the next century. Sea defences are already being abandoned at Studland.

The two planned buildings, both by architect Bradley Cheer of ARC Architects at Christchurch, will raise questions about a precedent for taller buildings on the coast and the impact on viewsÂ from Poole Bay, Poole Harbour, Studland and Shell Bay. 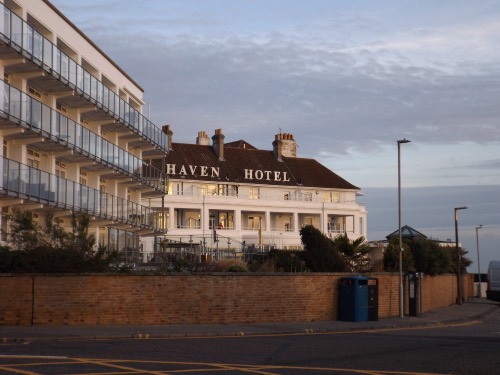