The Isle of Purbeck from Canford Cliffs

Natural England has published proposals for how the national coastal path might pass along the Bournemouth coast.

This is the result of plans promised under the Marine and Coastal Access Act 2009.

After careful reading I have now submitted my observations.

The great disappointment to me is that the proposed Poole Bay route merely follows the promenade.

At present, as recorded on Ordnance Survey maps, the path is mainly along the clifftop from where there are stupendous views rivalling the Cote d’Azur and Naples.

The official proposals ignore this except at Boscombe where the route suddenly and inexplicably climbs the cliff.

Sensibly, the report provides for the winter route, when the Mudeford Ferry ceases to run daily, via Christchurch and Stanpit.

At Avon Beach it is good to see the Christchurch Coastal Path being followed along the top of the low cliff above the beach cafe and shop.

But at Highcliffe the proposed way stays on the beach rather than taking today’s Christchurch Coastal Path route through Steamer Point Woods to Highcliffe Castle’s wooded cliff.

With a huge sum of money being spent on restoring the castle zig-zag, part of the existing coastal path, it would seem sensible to avoid change. This would be within the spirit of the legislation for a continuous coastal path.

The report claims that proposals would extend the national trail eastwards along the entire Dorset coast for the first time. This is only technically true.

The Bournemouth Coast Path and Christchurch Coastal Path have existed for over twenty years contributing to the vital link between the Dorset Coast Path and the Solent Way.

Bournemouth and Christchurch clifftop paths are recognised as the E9 European Coastal Path.

The consultation is open until Wednesday 16 August. Documents may be viewed online or at main public libraries along the coast.

The final proposals will be submitted to the Secretary of State Michael Gove who must confirm or vary the route in the light of objections.

The coast beyond Chewton Bunny to Milford-on-Sea which has crumbling cliffs, and may be subject to roll-back proposals, is being surveyed by another team which has yet to report. 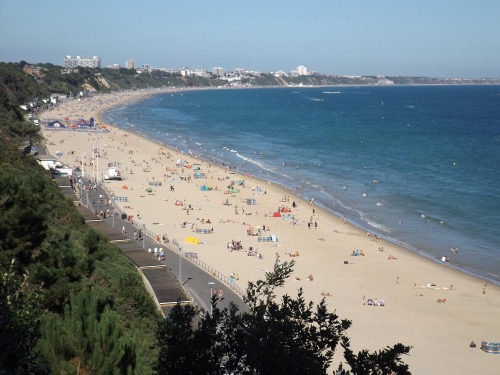