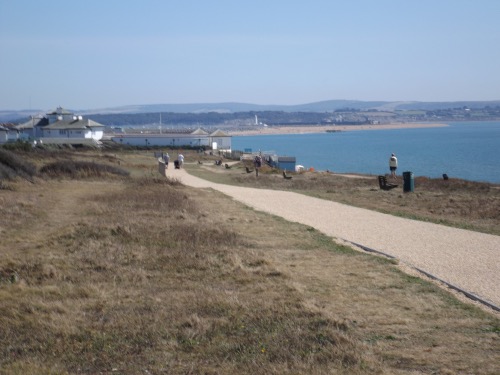 The England Coast Path proposals for Highcliffe to Calshot have now been published.

The ECP is a government initiative to create a continuous coastal path round England.

The Natural England report for Highcliffe to Calshot states that its recommendations generally follow “existing walked routes, including public rights of way, along most of this length.”

It adds that the proposed route is “similar to the existing Solent Way, E9 European Long Distance Route and the Bournemouth Coast Path”.

(Bournemouth Coast Path is the overall name for the Sandbanks to Milford-on-Sea coast route incorporating the named local stretches such as Christchurch Coastal Path. The BCP guidebook includes the Solent Way, which starts at Milford-on-Sea, as far as Lymington.)

The report says: “In some areas it is no longer possible to walk on the definitive line of the existing public rights of way due to cliff erosion; here we have proposed the most appropriate route on the ground.”

It also says that “part of the route of the trail on this length of coast would be able to change without further approval from the Secretary of State in response to coastal erosion or other geomorphological processes, or encroachment by the sea. This would happen in accordance with the criteria and procedures for â€˜roll backâ€™…”

There has been been an adverse reaction from landowners and walkers to the proposals east of Lymington where the path has long been mainly away from the sea.

But the proposals west of Lymington have been generally well received.

The only disappointment is near Highcliffe.

Whilst Ramblers chair Frank Welling declares the Highcliffe to Lymington proposals “fine” he does regret that the inland diversion at Naish Farm caravan park (next to Chewton Bunny) remains in place.

It had been hoped that the ‘roll-back’ provision might be applied to the farm’s dramatic crumbling cliff.

The only change from the route described in the BCP guide for the Milford-on-Sea to Lymington stretch is at Moses Dock beyond Oxey Lake. Here the new proposal is for the coastal path to cross the dock and avoid passing in front of Creek Cottage.

Of the two reports for the Bournemouth Coast Path this one is the most positive and faithful to local routes.

Copies of the Highcliffe to Calshot report can be seen at Lymington and New Milton public libraries.

Responses must be received by Wednesday 9 May. Afterwards the proposals and any public observations will go the Secretary of State Michael Gove for approval.