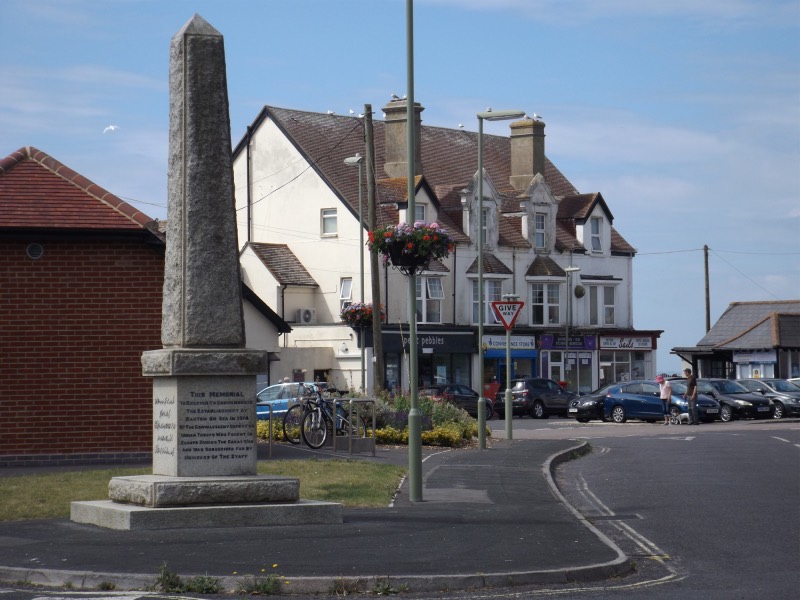 Obelisk and shops at Barton-on-Sea

It will be 101 years since a monument was erected at Barton-on-Sea to recall the WW1 Convalescent Depot.

The centenary last year passed with little notice but this year, being the anniversary of the end of the war, there will be a ceremony at the obelisk near the clifftop.

The depot with a sea view wasÂ a hospital for Indian troops who had served in Europe.

The inscription on one side of the monument is in Urdu.

At 2pm on Tuesday the Indian High Commissioner will unveil a permanent information board prepared by Cllr Geoff Beck with help from the Milton Heritage Society.

The hundred guests expected include the Lord Lieutenant of Hampshire and the MP Sir Desmond Swayne.

A kirpan, a small sword which is an article of Sikh faith, will be presented to the Mayor of New Milton.

Expect to hear Sikh drummers on the coast path after the ceremony when it will be possible to view an exhibition at Barton Court opposite.

The venue is appropriate since the depot occupied the Barton Court Hotel of which the nearby shops are a remnant.